On the Billboard R&B singles chart in the United States, it peaked at #3, and barely made the top ten in the United Kingdom's pop chart, peaking at #10, and managed to enjoy an 18-week run on that nation's Top 75 chart. In Canada, the song peaked at #3, while the song went to #1 in Belgium, France and Spain.

This song is the ninth song on the first disc in this album.[6]

In the Mega Drive/Genesis version of Moonwalker, Thriller doesn't actually appear in the video game as a level background music, but if the player does the dance move in stages 3 (Woods) and 5-3 (The enemy hideout), Michael will do some dance moves from Thriller, and a part of Thriller plays once he dances. This only happens in the REV00 version of the game.[7] 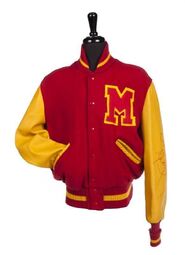 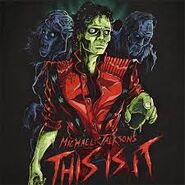 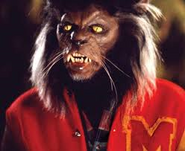 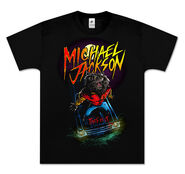 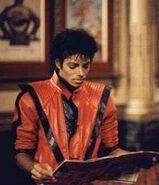 Thriller live in munic with the classic red jacket

The album version of this song

Retrieved from "https://michael-jackson.fandom.com/wiki/Thriller_(song)?oldid=12068"
Community content is available under CC-BY-SA unless otherwise noted.