Michael Jackson's Ghosts is a 1996 short film, starring Michael Jackson for the song from the Blood On The Dance Floor HIStory in the Mix album.

An angry mob approaches a scary looking mansion, in hopes of driving out the stranger on the inside. Seems that a child told of this man and that he tells ghost stories to scare them. This gets the whole town in a uproar including the mayor. So they form the mob to scare him away. Once the reach the gate they decide they want to go back, but the mayor denies and continues to go in. The proceed into the mansion, there they enter a large and dark room, where theres furniture covered in cobwebs. and a gigantic fireplace.

Once they all enter they see a dark and shadow like figure gliding across the room and into a dark corner. The mayor slowly goes to check and see what it was. Then the face of a skeleton startles them as the figure slowly steps out. The skeleton face turns out to be a mask worn by the Maestro. He is delighted that he has starteld them and they seemed to have enjoyed it. All except the mayor who is very angry. The mayor tries to force him to leave the town, the maestro takes his threats as a joke. Until the mayor calls him a freak, the maestro then feels insulted and angered. So he challenges the mayor to a scare-off. The Maestro goofs around by making silly faces as he tries to scare them, everyone is giggling at the actions but the mayor isn't impressed. Then the mayor calls him a freak once more, and then the Maestro grabs his own face and pulls his skin, then he pulls his jaws all the way down to his torso, then finally his takes his skin off his head revealing his skull with the eyeballs still inside. The mob is horrified and tries to run out, but the maestro traps them.

Filled with rage he conjures Ghosts from the pawn of his hands, lighting flashes, thunder roars as ghost fly here and there, once everythinh goes quiet, the maestro and his ghost break into a dance number. Once the conclude the dance number, the maestro rips off his clothes and skin revealing his skeleton. And then does some more dancing while the ghosts cheer him on. Once he finishes he looks at the mayor and brings the mayor closer to the ghost, the next scene the maestro is on top of the fireplace as he commands the ghost to frighten the mayor, the citizens are horrified and so is the mayor, but he doesnt show it. One after another the mayor does not break. The maestro has had enough, he jumps off the fireplace with a spin and once he lands back on the ground the maestro is now a 7 foot tall Ghoul with hellish red eyes and he stares down the horrified mayor and asks him? "Are you scared yet ?".

With that said the ghoul masetro possess the mayor. The mayor feels weird as he starts to move in ways he has never done before. Then once the music plays, he breaks into a dance. The mayor has had enough and used all his strength to scream "STOP". The ghost suddenly disappear and the mayor is left facing the mob, then something inside him begins to move around. Suddenly the hand of the maestro burst out his stomach holding a mirror towards the mayor. the mayor takes the mirror and looks at himself as he begins the transform into this fat ghoulish monster. The maestro speaks through the voice of the mayor which makes it seem like his is calling himself a freak. The maestro then transports out the mayor and he is back to normal. Once the mayor gets himself together he is face to face with the maestro.

The maestro walks back into the center of the room, and takes a bow. The mayor is furious and demands that he leaves now. The maestro gives up and decays on the ground and disappears. Just as the mayor feels as though he had won, The Maestro ghouls face appears through the doors and completely petrifies the mayor as he runs through the room and runs out the window. the mob turns and standing there is the maestro. The mob is amazed at the performance then a dark shadow figure glides behind the maestro without him knowing, the mob hints him to look behind him, the maestro gets scared and turns out it was the little boys, they were the only ones who managed to scare him. Then another boy gets all there attention and grabs his face and startles them all and the story ends outside the mansion with everyone screaming in fear. 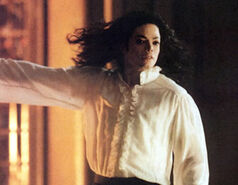 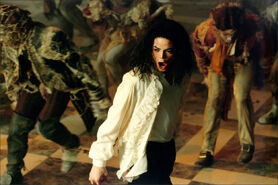 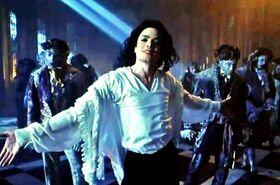 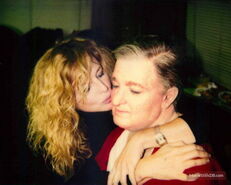 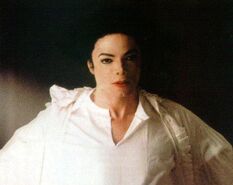 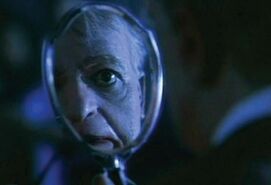 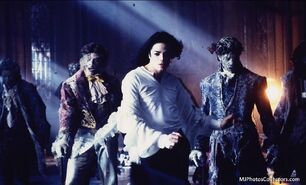 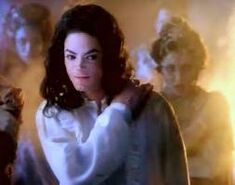 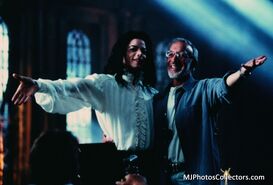 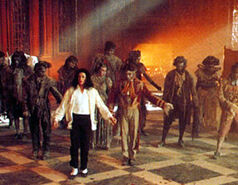 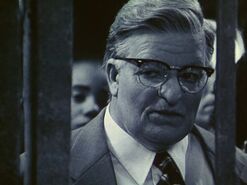 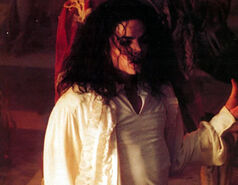 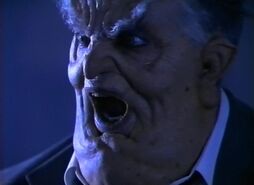 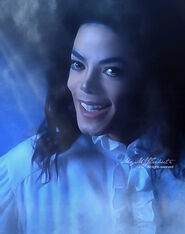 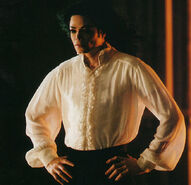 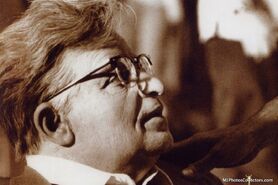 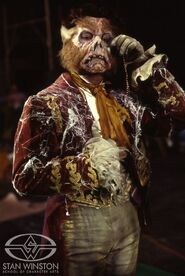 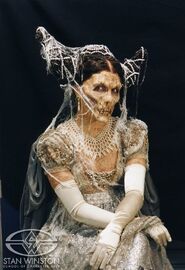 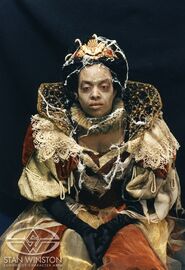 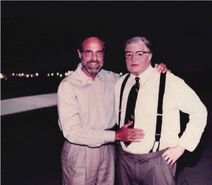 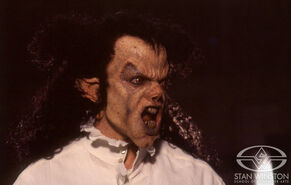 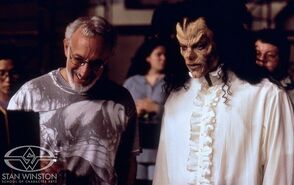 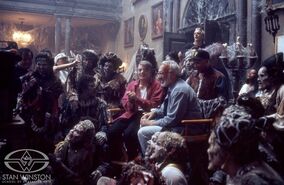 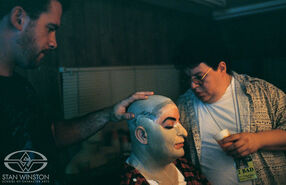 Application of Mayor Makeup
Add a photo to this gallery
Retrieved from "https://michael-jackson.fandom.com/wiki/Michael_Jackson%27s_Ghosts?oldid=12277"
Community content is available under CC-BY-SA unless otherwise noted.