The Jackson 5 or Jackson 5, later known as The Jacksons is an American band from Gary, Indiana. The founders were Michael Jackson, Jackie Jackson, Tito Jackson, Jermaine Jackson, and Marlon Jackson. The Jackson 5 was active in 1964-1990, 2001, and 2012-present. The genre of their music was Bubblegum pop, R&B, Soul, Funk, Disco, and Rock and Roll.[1] 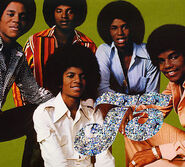 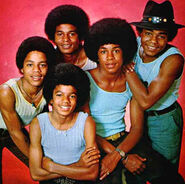 Retrieved from "https://michael-jackson.fandom.com/wiki/Jackson_5?oldid=10278"
Community content is available under CC-BY-SA unless otherwise noted.