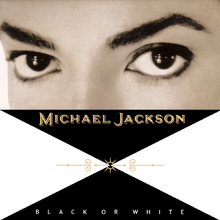 This song also features guitarist Slash for the introduction guitar. The music video of this song is copyrighted as "© 1991 MJJ Productions Inc."

The opening guitar was first recorded at Michael Jackson's Encino home. "That piece of music, the beginning part that Slash plays on, was recorded at Michael's house," confirmed co-writer Bill Bottrell. "Michael asked me to dig it out of the vault in August of 1989. He had in mind to use it as the intro to Black or White - it took a long time before we got Slash on it."

"For me, the best thing about Black or White," said Bottrell, "was that his (Michael Jackson's) scratch vocal remained untouched throughout the next year (of work on Dangerous album), and ended up being used on the finished song." 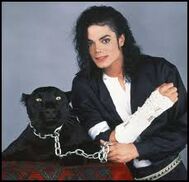 Behind the scenes, with John Landis 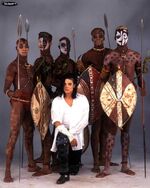 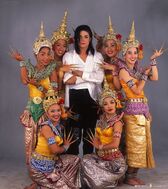 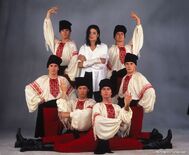 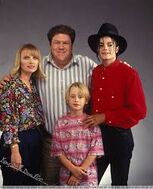 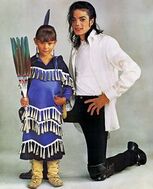 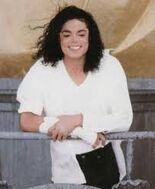 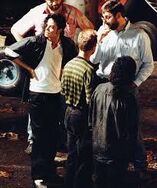 Black or White received many awards and has been a great success. It has become the fastest Billboard 100 since 1969 for 7 weeks, when Get Back by The Beatles also conquered the chart in just 3 weeks. It also received No.3 on the R&B singles chart, RIAA Platinum Record Award (USA million seller), No.8 best selling single of 1991 in the States, the very first single by an American to enter the UK singles chart at no.1 since Elvis Presley’s It’s Now Or Never in 1960 that has spent two weeks in the pole position, and no.1 in Australia, Austria, Belgium, Cuba, Denmark, Finland, France, Israel, Italy, Mexico, Norway, Spain, Sweden, Switzerland and Zimbabwe.[2]

Black or White is the 8th track listing and the 1st single in this album.[3]

Black or White is the 3rd song on the 1st disc in the album, HIStory: Past, Present and Future, Book I.[4]

Retrieved from "https://michael-jackson.fandom.com/wiki/Black_or_White?oldid=15479"
Community content is available under CC-BY-SA unless otherwise noted.